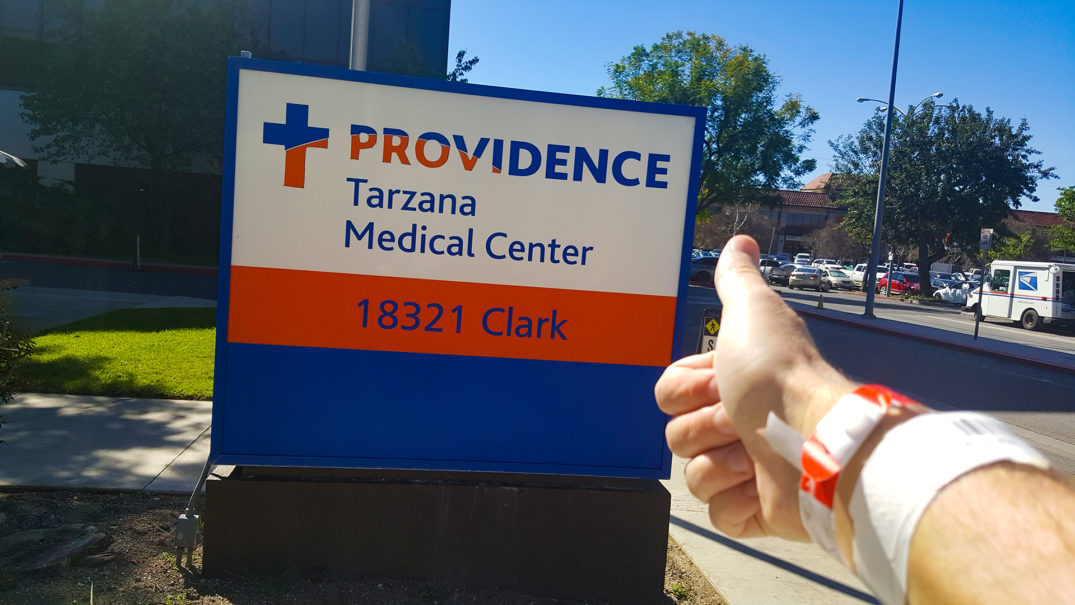 So said my surgeon, more than once.

In all of medical history, fewer than 180 cases have been reported. Just 30 in the last 60 years. Before 1950, it was upwards of 87% fatal. Thanks to modern medicine, that’s below 7%… as long as you catch it. It’s called a celiac artery aneurysm and apparently, it nearly killed me.

Here’s the story of this unexpected adventure.

The evening of March 1st I was lazily getting ready to go get dinner. After a week of non-stop work I’d taken most of the day to do as little as possible. At dinner I planned to get some writing done that was due the next day. At 7:30 I was showered and ready to go, but already starving. I figured I’d eat a cookie I’d bought earlier that day to tide me over. That’s when the pain hit.

At first I’d thought something had happened with the cookie. The pain was very strong, an intense pressure near the top of my stomach. I’ve had heartburn countless times, and this was something different. Pressure, not heat. If you’ve ever eaten too fast and really need to burp, that’s what it felt like. Except, I’d burp and it wouldn’t get better.

I tried drinking water, lying down, walking around, nothing. This pain was bad. At 9 I drove to the drug store to get some anti-gas Rolaids. I started chewing them in line. Nothing.

Finally, around 10:30, I decided to go to the hospital. Something wasn’t right.

The ER at the Providence Tarzana Medical Center was quiet. I explained my symptoms, tests were taken, and we all pretty much assumed this was just something weird going on with my stomach. Except…

To me and to each other, everyone that came in contact with my case that night said the same thing “… but his blood pressure is really high.” I don’t know what the peak was, but at one point it was 158/130.

They gave me some pain meds and some industrial strength Maalox, and that could have been it. They could have sent me home and just seen how it goes. Thankfully, they did not. Dr. Chris Wang was probably the first person who saved my life. He decided to see what was up, and sent me for a CT scan.

“I have some good news and some bad news,” he said, a hour or so later. “The good news is: you haven’t ruptured your aorta.”

This was the oddest start to a conversation I’ve had in my life.

“The bad news is you seem to have torn one of your smaller arteries, so we’re going to admit you.”

I had a vague idea what this meant, but everyone seemed so calm I wasn’t overly concerned. At first. Then the head ER nurse came in, a real no-nonsense, kind-but-firm, type.

“Have you called your parents?” she asked. It was 2:30AM. My folks would be very asleep.

“No, I’ll call them in the morning,” I answered. She nodded, but not in agreement. Then she said the most terrifying words I’ve ever heard:

“Maybe you should call your parents.”

CT scans are basically a 3D(ish) X-ray. They’re super helpful to get a general idea what’s going on. To get some details, you’ve got to do a bit more work.

I was scheduled for an angiogram early Thursday morning. Basically, they stick a line up the artery in your crotch, then go on a little road trip to the problem area. The line dispenses a special fluid into the blood vessel in question so it shows up on an x-ray running at 2-3 frames per second.

The assumption at this point was the inner and outer wall of my artery had separated. Not a huge deal, but worrying for sure.

When they got a look, they found it was worse than that. The tear was bad, and they’d need to fix it. Now. The new plan was to take a vein out of my leg, and use that to replace the damaged artery segment.

Looking back, I think I handled this all pretty well. But then, how else are you going to handle it? There were no decisions to make, no choices to weigh. It was either “we do this” or “you die.” OK, doc, whatever you want.

My mom, my roommate, and her boyfriend were there to see me off into surgery. I’ll be honest, I’m glad they were there. I’m a pretty independent person, but knowing that I was going in for major surgery had me, shall we say, spooked.

The last thing I remember was the anesthesiologist putting in something to “relax” me, and the world quickly fading out. My last thought was figuring about a 20% chance this was the end.

If you’ve never gone under anesthesia, it’s a bizarre experience. It’s time travel. It’s not sleep, where you wake up somewhat aware of time passing. No, it’s like closing your eyes, then opening them, but you’re in a different place. I came to as my hospital bed was moving through the hall. In my drugged up state I remember trying to say “What the fuck happened?” I believe it came out “bluga bluba bub.”

The surgery was around 5 hours. Apparently, things didn’t go as planned. When Dr. Oblath, my vascular surgeon, got in there, he found the remains of my celiac artery swollen into a fat aneurysm. What had been a simple separation now had blood pouring into it and causing it to swell up like a balloon. Normally, the celiac artery is about the size of your pinky finger. When he found it, it was bigger than a garden hose.

Had this happened when I wasn’t in a hospital, it likely would have burst and I’d have been dead before anyone knew what happened. Describing this to me later was the first time, and not the last, that Dr. Oblath told me I was lucky to be alive. How easy would it have been to go home from the ER to try to sleep it off? I might not have woken up.

Since the artery was too far gone to repair, and in a weird place, they couldn’t use the vein in my leg as planned. Instead they, well, they cut it out. The whole artery. It’s the main artery to the liver and pancreas and I no longer have one. The world’s least efficient way to lose weight.

Apparently these two organs get the majority of their blood from other places, so this is OK… I’m told. It’s OK enough that I don’t have any restrictions other than to not lift anything for a few months (since my stomach muscles are in pieces). Oh, and I’m on blood pressure medication now, which seems logical. 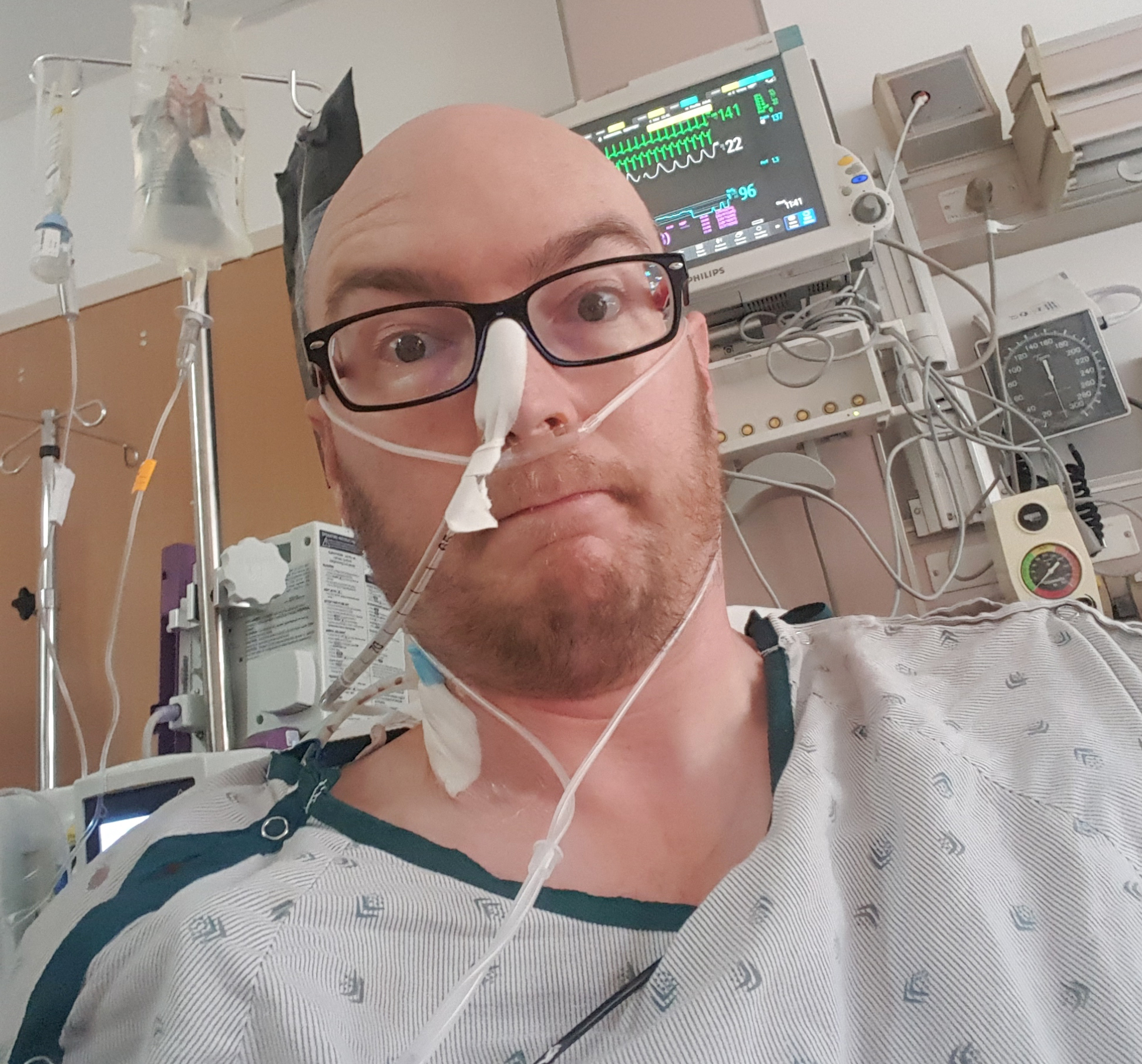 Nights spent in an ICU are weird. You can hear things outside the room, code calls and hushed conversations. Your world, however, is just counting down until your next dose of pain meds. I was on dilaudid, a derivative of morphine. And let me tell you, it is magic.

I was in the ICU for most of a week, later getting transferred to a regular hospital room for a few more days. The worst part, oddly, was being on my back. I’m not a back sleeper, and I’d essentially been lying on my back non-stop since I was in the ER. The back pain overwhelmed the pain of having my organs rearranged (they had to take some of them out for a bit, or something).

A Guest at My Own Funeral

No one gets to see their funeral… but I feel like I got a glimpse of what mine would have been like. The outpouring of messages and calls was the most touching and amazing thing that’s ever happened to me. I went from feeling incredibly alone lying on an ER bed as close to death as I’ve ever been, to feeling the love and support from friends near and far. You don’t really know what you mean to people unless something happens. That’s human nature. It’s not like it’s common to just tell people what you mean to them every day. Maybe we should. I can’t express how wonderful this support made me feel, despite being at my physical worst. I never thought people would worry about me. I can’t tell you why I thought that, it’s just part of my brain. What a delight to be so wrong.

I’ve also realized I need to tell people what they mean to me more. Even as I was about to go into surgery I feel like the messages I sent didn’t come close to conveying what I felt, in the moment I needed to say it most. I didn’t want them to worry, even though what I was really thinking was “Hey, this is might be the last time I ever talk to you, so, um, you should know you’re pretty neat.”

Which is to say, thank you for your messages and texts. Thank you Mary, Mike, Jonathan, Courtney, Dennis, Amber, Phil, Stephen, Carrie, Paul, John, Alex, and Carolina for being there in person and/or digitally.

Thank you Thaynara for being you. I know you wanted to be there. We’ve had enough hospitals for 2 lifetimes.

And of course, thank you Mom and Dad for dropping everything and flying out.

I love you all, even if I don’t say it enough.

Let me know if you want to see my scar. 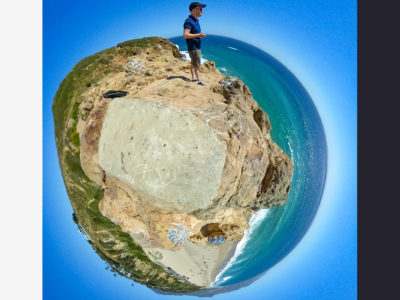