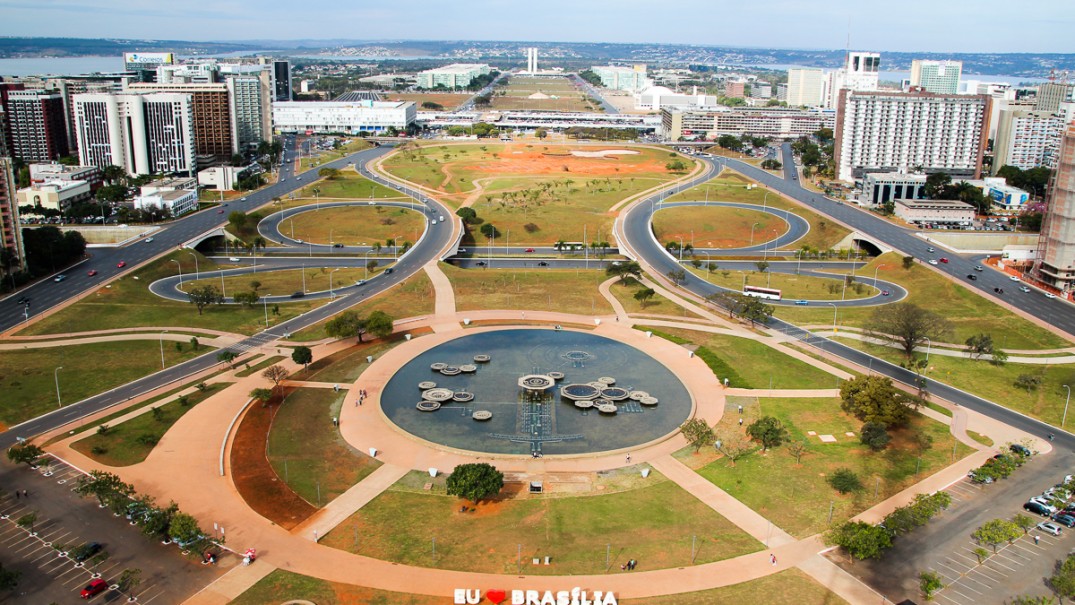 The first stop was the hospital.

On a ninety minute layover in Panama, I found some free WiFi, and got this message:

My friend Thaynara, who I met last year in London, traveled with before, and was heading to visit, had gone from bad to worse and been admitted to the hospital. Six long hours later, I arrived in Brasilia, dropped my stuff at my hostel (had a quick nap), and got picked up by her sister and brother-in-law.

So begin two days of Game of Thrones Monopoly, hospital food, and moral support while not at all and definitely OMG is that an IV needle you know what I’m gonna wait in the hall.

Don’t worry, she’s fine, and would likely tell you dealing with me for the next 27 days was WAY more annoying.

So it begins: Brasilia 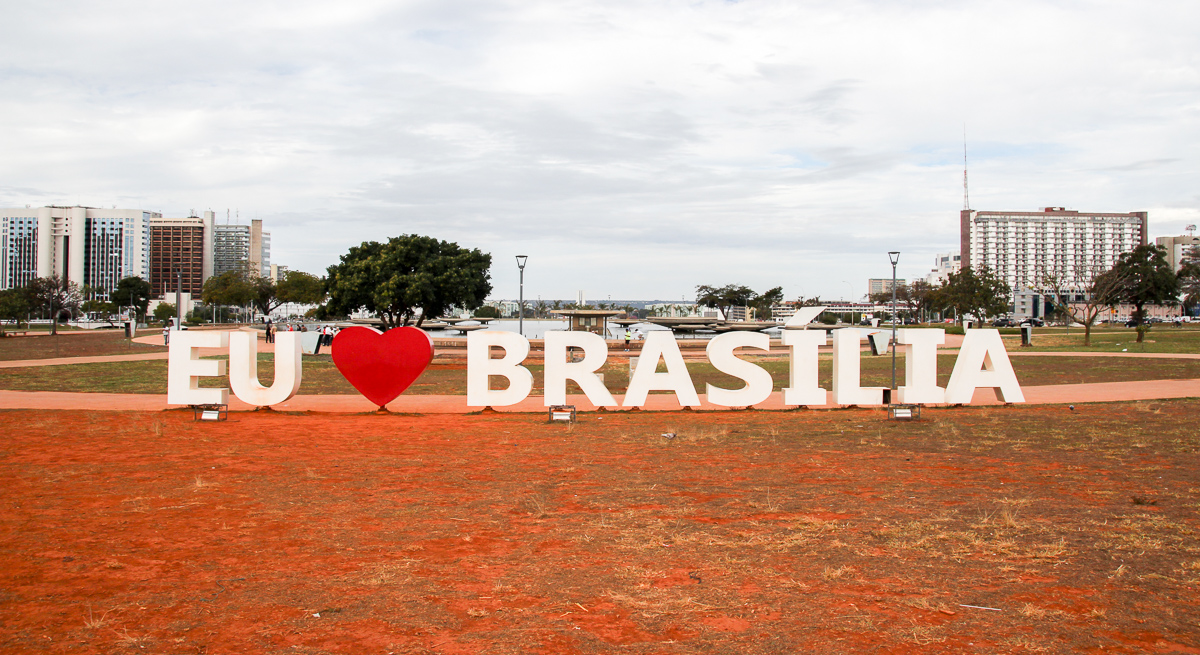 Sculpted out of the red clay savanna, Brasilia is a young city of an old nation (for this half of the world, anyway).

Where London has the ancient curves and twists of a city that grew with only slight planning, Brasilia has the perfect straights and sharp angles that reflect nothing but planning. Niemeyer‘s masterpiece and temple to mid-century modern architecture and design looks every bit the city of a singular vision. 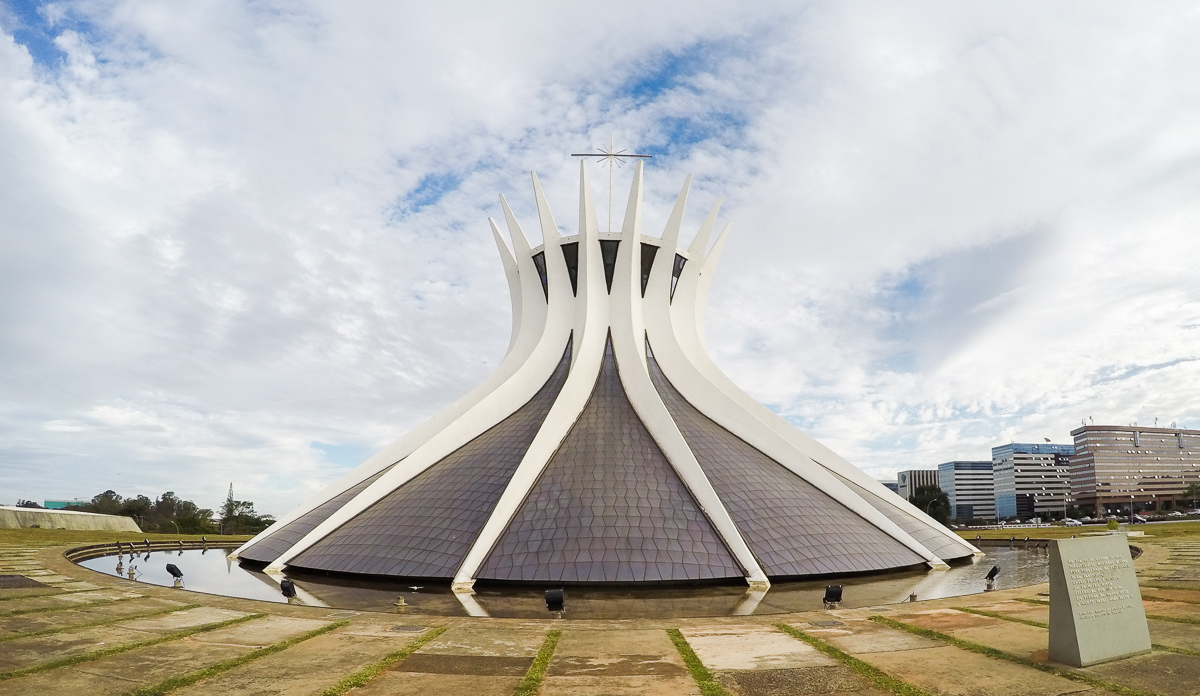 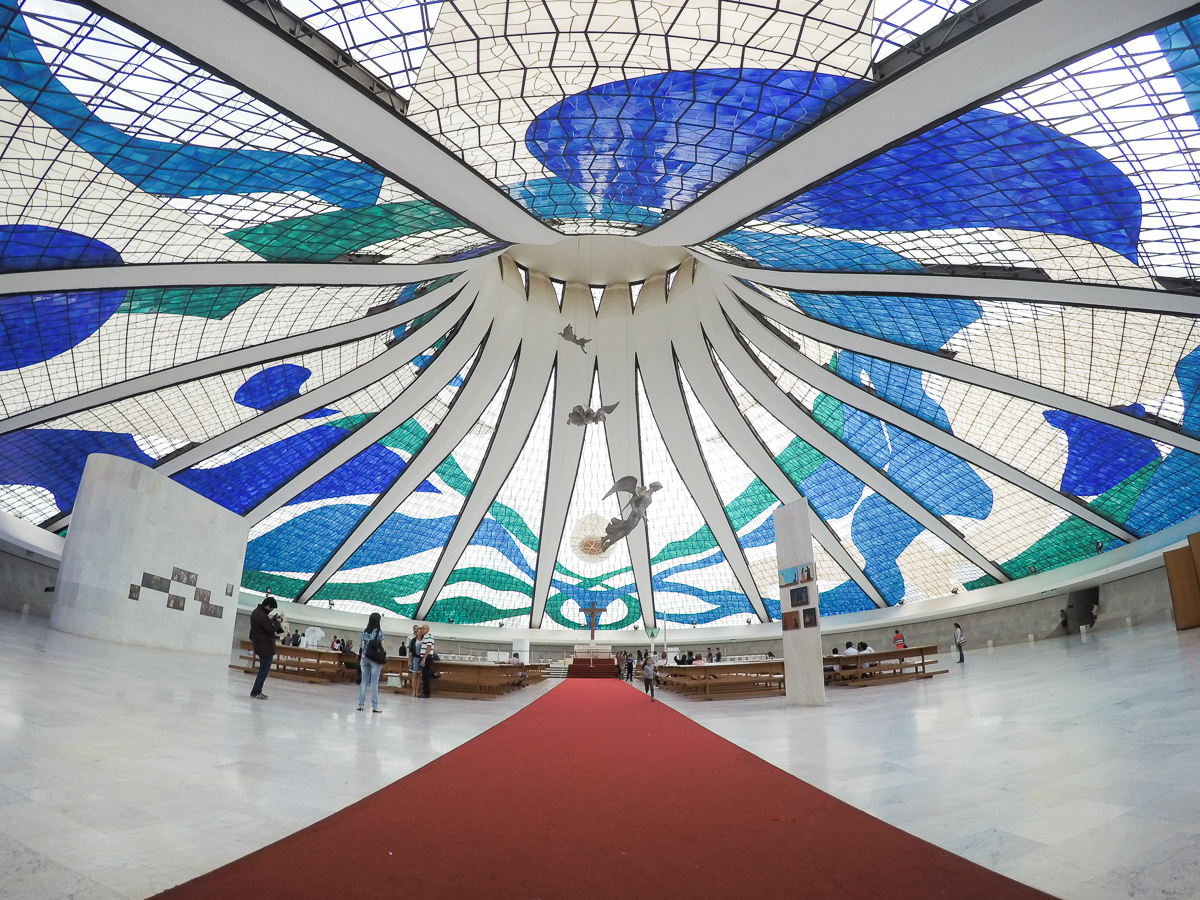 From bus stops to apartment buildings, everything has a shared aesthetic. It’s glorious. It’s like what the city of the future would look like to the director of a 50’s or 60’s sci-fi movie. Sort of The Incredibles meets Mad Men. 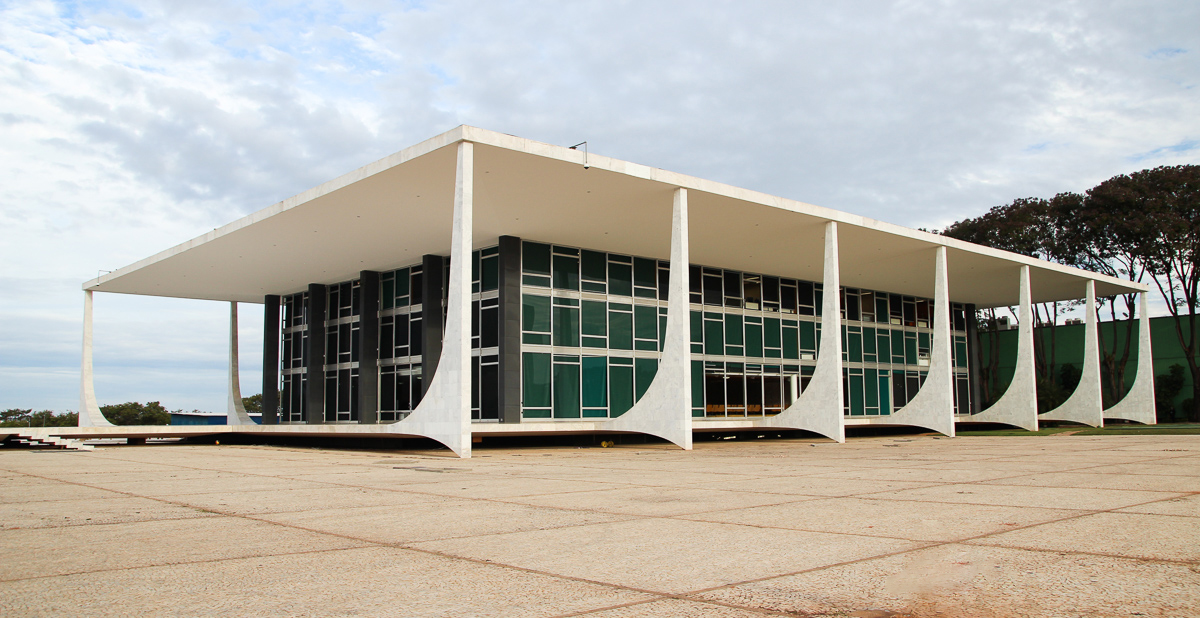 From above it looks like an airplane. On the ground, it has the spread out distances and wide roads of a city built after, and most decidedly for, the car. In that, and in many other ways, it reminded me of LA.

The red dirt coats everything in a rust-colored patina, making things seem more decayed than they actually are. At night, florescent lights with impossibly high color temperatures cloak everything in a, to an American eye at least, astringent and off-putting coolness.

It’s a land of speedbumps and traffic cameras. Bizarrely low speed limits, and confusing (at first) traffic patterns. I never once saw anyone stop at a stop sign, but otherwise they all seemed to be very safe drivers. 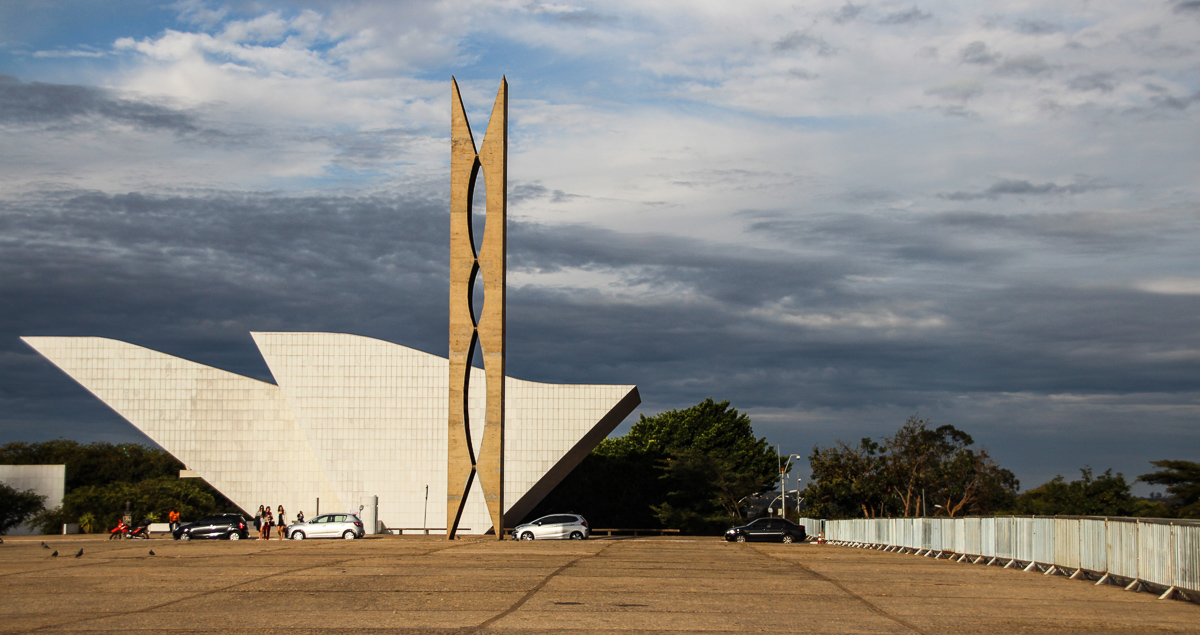 It’s a land where people put ketchup and mayonnaise on pizza (and eat it with a knife and fork, the blasphemers).

It’s a land of hatchbacks, predominantly new, and Volkswagen models you’ve never seen before or even heard of. It’s a land of 8 digit phone numbers and two digit area codes. A land with almost no hot water on tap

, and (in Brasilia at least) safe drinking water that everyone filters anyway (so, also like LA).

The skies are huge, blue, and filled with fluffy clouds. The sunsets are incredible.

It’s a city of walls and bars and razor wire. Not since South Africa have I seen such an outward concession to the illusion of safety. Even parking lots had miniature parapets like some sort of automotive panopticon.

The oddest part is that everyone seems to know it’s a charade. A block-long barb wire fence… perforated with permanently unlocked doors every few dozen feet. Buildings with heavy security doors… with disabled locks. Even the houses, with 3-meter-high perimeter fences, often don’t have anything to stop people climbing over said fences. In fact, some of the fences were glass, others had horizontal bars.

It’s an interesting parallel to the United States, where everyone double deadbolts their front doors… their glass front doors. In Brasilia it’s just more visible, yet perhaps less noticed. As if to say “Look out, there’s crime here! Maybe. Somewhere. But you know what, we’re not going to let it bother us because screw that.”

But also, there are a lot of security guards. 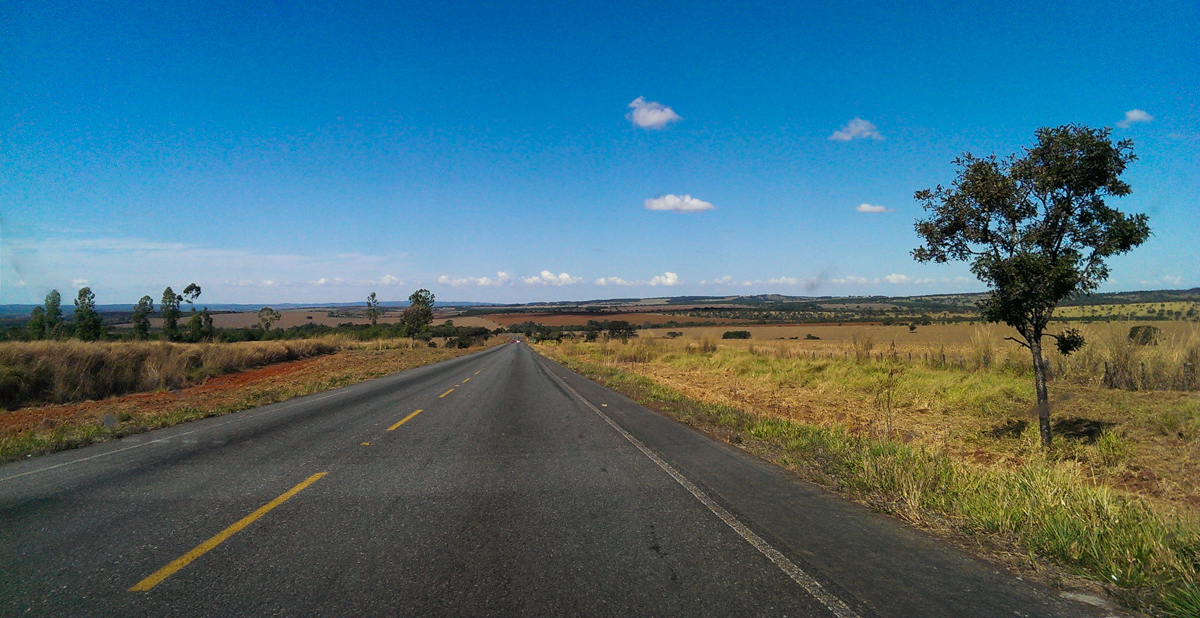 Thaynara had to work Mon-Weds, which was fine because so did I. The timing of it worked out perfect. I sub-letted a room in the house where she lives (they call them Republics) and fended for myself during the day. It was a short walk to one of the local malls for food. Her pug Smeagol and I would entertain/annoy each other. 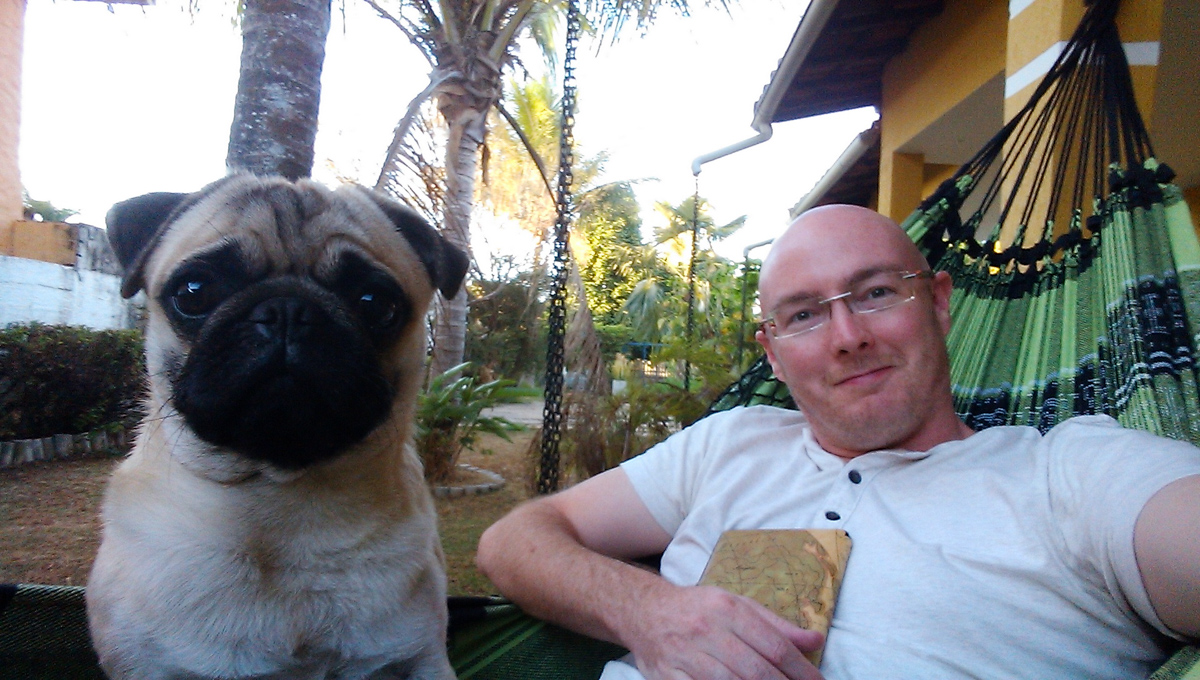 On the weekends we’d head out.

With her (amazing) friends we made a long road trip south to Caldas Novas one weekend. It’s about 5 hours from Brasilia, a resort town with waterparks fed by hot springs. Another weekend we headed west to Pirenopolis, a cute old town with waterfalls we reached on horseback. 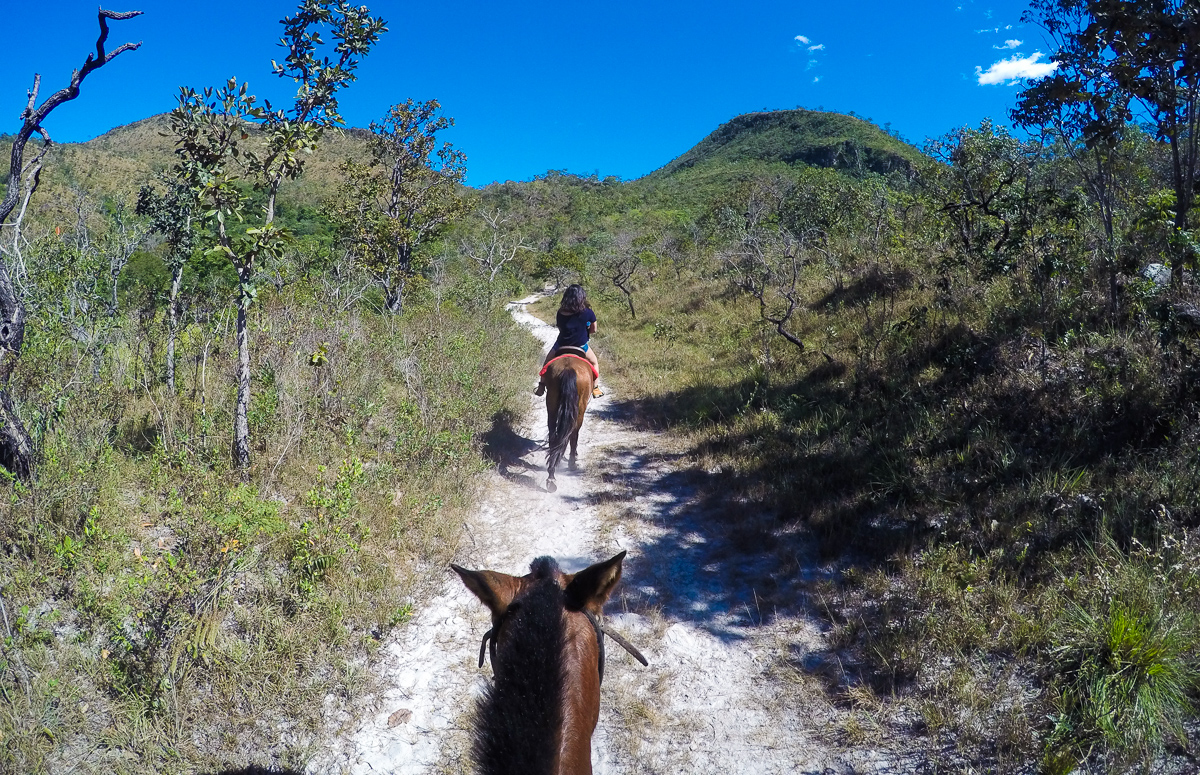 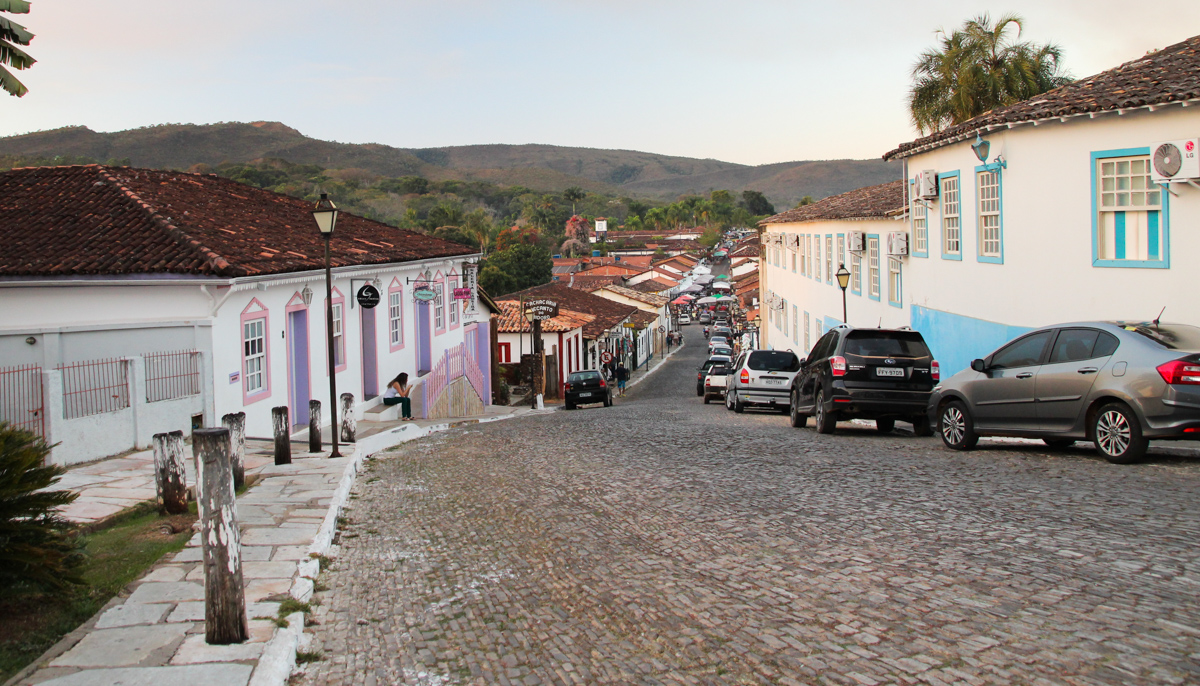 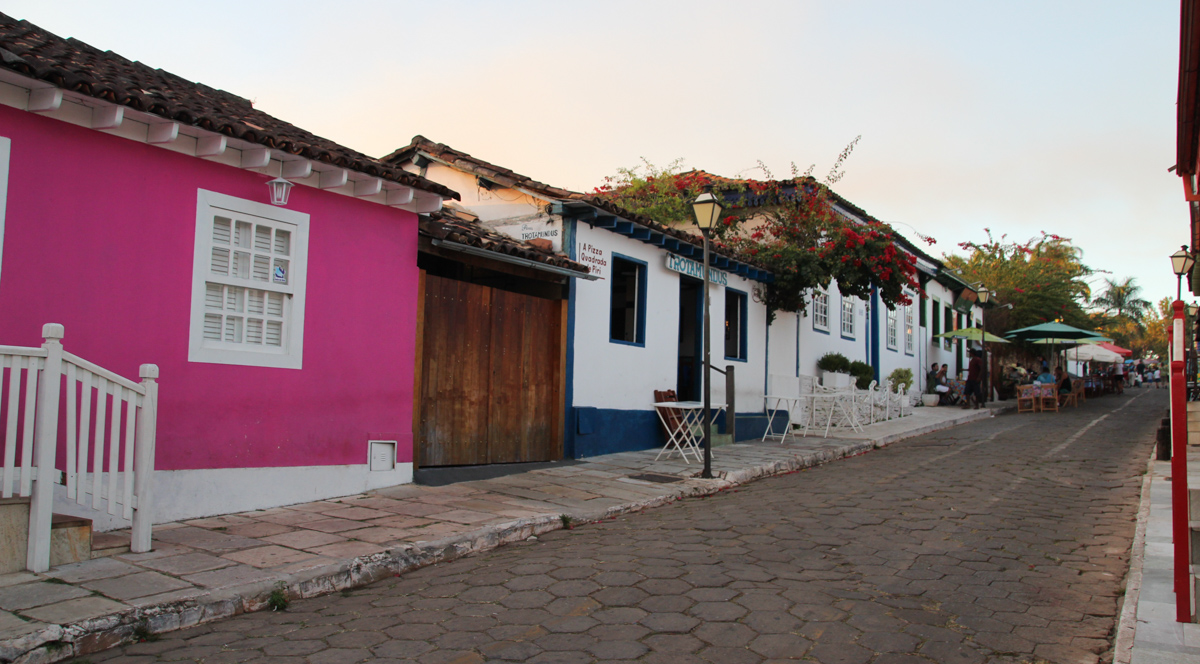 The other weekend we spent in Gama, a suburb of Brasilia where she grew up, where most of her friends still live, and where her sister (and her family) live.

Outside of Gama was a party I’ll remember forever.

I found many aspects of this trip really challenging. I tend to feel in the way and a dead weight burden in the best of situations, and wedging myself into someone’s world for a few weeks certainly makes that feeling far more intense. And yet wedging myself in is exactly what I did. For a month. Yet other than a few bumps, it was fantastic. Thaynara wasn’t just my host, but also my translator, chauffeur, and tour guide. It speaks to her character how seamless it all was, and not that I needed a reminder, but it showed one of the many reasons I feel lucky to call her a friend.

Not surprising at all, but her friends were incredible too. Gian, Amanda, Bia, and Carlos were all wonderful and welcoming. Here’s this oddball American that speaks basicamente nenhum português and yet they tried, I tried, and by the end, through a mix of English, Portuguese, and even Spanish (fue muy divertido, Amanda!), we got to know each other, and become friends.

I felt included, which is an incredible feeling when you’re 5,800 miles from home and don’t speak the language.

So I’ve come away from Brazil with a greater understanding of the country, culture, and language, and done so by spending time with old friends and new. Brilliant Brasilia. 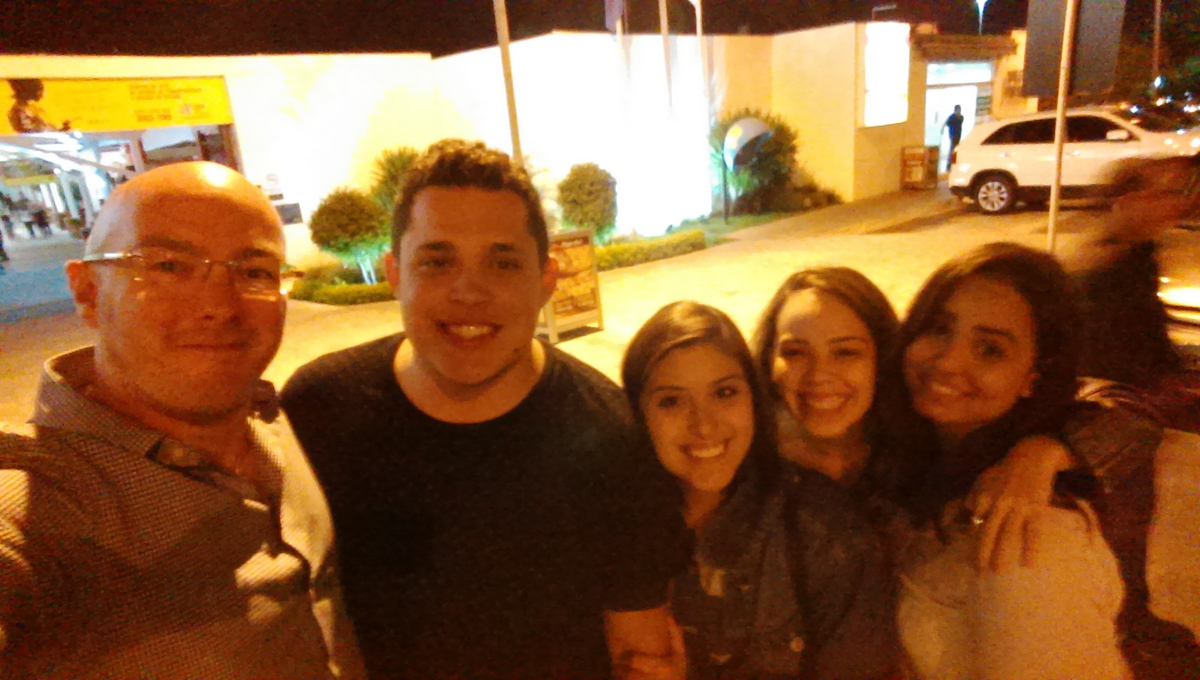 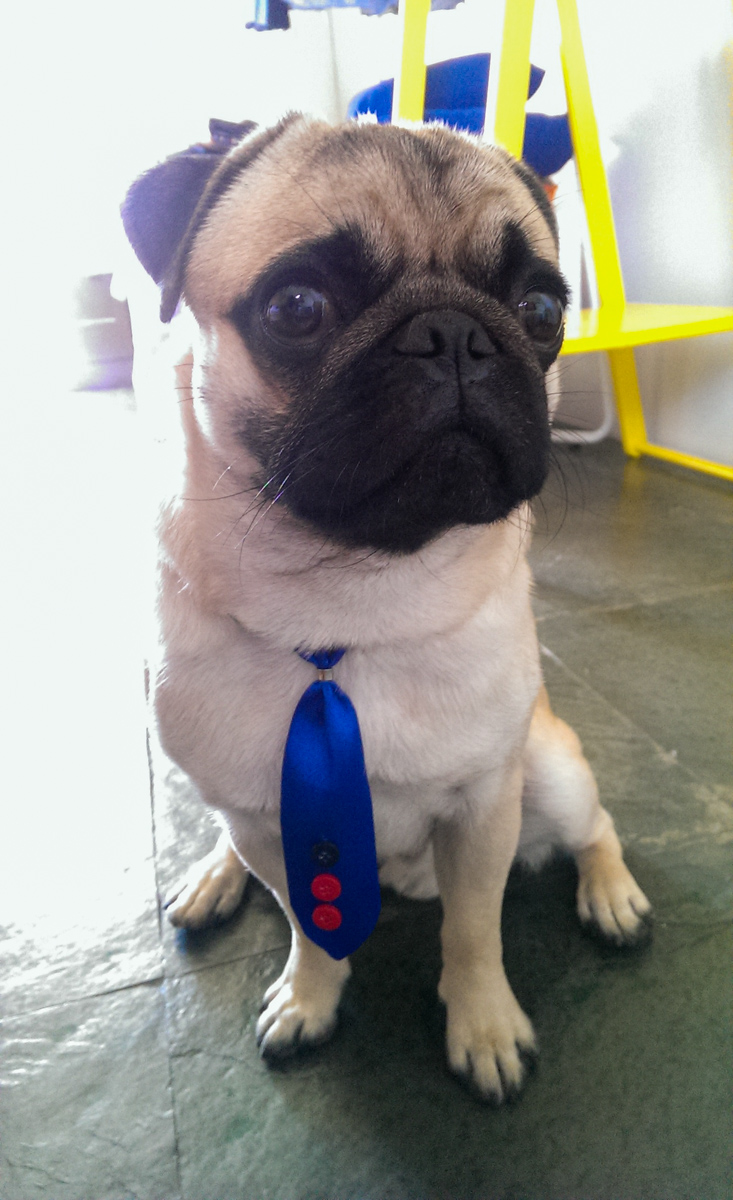